Machine use without financial compensation is described by every company as undesirable, but you cannot always escape that.

The testing of new and changed production resources will have to take place prior to the final released production in order to realize a well-balanced production process. Minimizing these unwanted hours provides the necessary stress factor for many companies.

In addition to the planned, unforeseen hours are lost for trying out and adjusting tools. Fine-tuning new machines and tools simply takes pre-planned and, unfortunately, usually also unplanned hours.

For a production company such as that of Lentink, it is therefore very welcome if tool makers themselves have press capacity to try out the tools they produce themselves.

From May this year, one of our largest suppliers of tools in the Netherlands will have its own 500 Tons press, to try out large and smaller tools first before the tools are finally sent to Varsseveld. As a result, an improvement is made with regard to minimizing non-calculated press hours at Lentink's production. Father and son (tool maker management) have been expressing their desire to have their own large press at home for some time to relieve their customers. 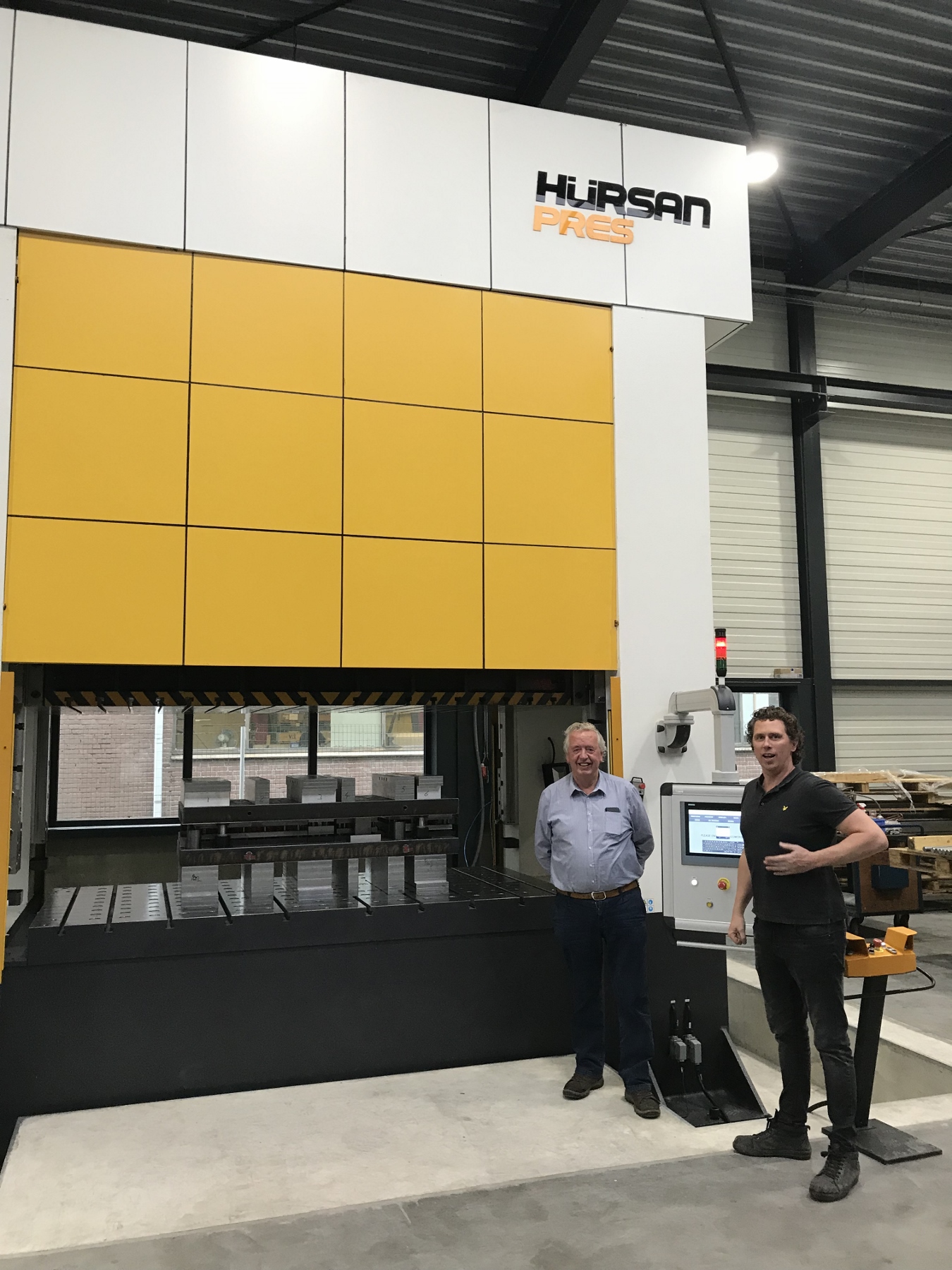 Father and son proud of the new addition to their new business premises.

As one of the largest tool makers in the Netherlands, we have all the technical options you need to develop and build tools under one roof. We only lacked a heavy big press. With this we can first try out the large tools that we make for Lentink one-on-one, for later under their own presses, with us. For both Lentink and ourselves, this is another major improvement in the collaboration that has existed between both companies for almost 20 years.

When financially possible, Sr. invested in the company to prepare the company for the next generation, where his son now pulls the car. All new precise processing and measuring machines, which the company has at its disposal, are deployed to a maximum of automated means to keep the costs with regard to the manufacturing price as low as possible in the Netherlands. Apart from the cost price, the company offers the following benefits; guarantee, 24-hour service, minimum travel times and expenses, Dutch knowledge of tools remains within reach, independent and future-oriented.

Together with our suppliers, Lentink works on the development and production of new quality products for its customers.